Antidepressants such as amitriptyline, nortriptyline, and despiramine are first-line treatments for neuropathic pain. They are known as tricyclic antidepressants. But how do these drugs, used to enhance mood, also reduce pain? There is a major overlap in the neural mechanisms that regulate mood and pain. For example, brain regions that process emotion also process painful stimuli. Antidepressants work by increasing the levels of the neurotransmitters serotonin or noradrenaline. You may have heard of these neurotransmitters and their role in happiness or the stress response. These neurochemicals are also critically important for pain processing and analgesia (relief from pain). Antidepressants work at the level of the spinal cord, brainstem and peripheral nerves to dampen the pain signals reaching the level of perception, which occurs in the brain.

Tricyclic antidepressants and SNRIs are as effective or better than other drugs used to treat neuropathic pain, i.e. gabapentin or opioids. At least one third of patients with neuropathic pain who take antidepressants such as amitriptyline or venlafaxine obtained moderate pain relief or better. However, approximately one fifth of those who take these medicines for pain will discontinue treatment due to side effects.

The difference between the clinical use of these compounds for depression or pain is primarily the dose. To alleviate depression, the dose used is much higher, which can be associated with significant side effects. That’s why newer antidepressants such as SSRI’s are more commonly used for treating depression. But tricyclic antidepressants can be effective for treating neuropathic pain at much lower doses than used for treating depression. Variability in the response to these medicines is caused by different genetics, such as a genetic polymorphism of the drug metabolising enzyme CYP2D6. This can mean that the medicines won’t work as well in some patients, or that the dose required to alleviate pain is at levels that causes toxicity and unpleasant side effects.

The co-morbidity of depression and chronic pain is very high. Around a third of people with neuropathic pain will also suffer the black dog of depression. This high co-occurrence is likely due to the previously mentioned overlap between mood and pain. Pain is also a stressor, which can lead to depression. It is essential that depression and pain are diagnosed and treated. Neuropathic pain can be treated with antidepressants and the effect is independent of any effect on depression. But antidepressant pharmacotherapy in certain cases may indeed improve both depression and pain, along with other treatments such as psychotherapy and lifestyle changes.

Dr. Nikita Burke is a postdoctoral researcher examining the neurobiology of pain, with a focus on microglia and opioids.  Also see: https://calgaryneuropathy.com/about-us/  to learn more about Dr. Nikita Burke.

One thought on “#16 Antidepressants and Neuropathic Pain” 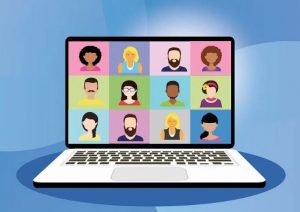 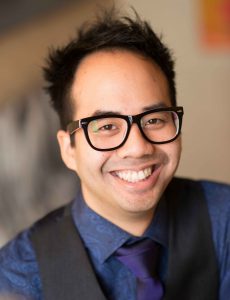 We are excited to welcome back Dr. James Truong of the Alberta Health Institute.  Dr. James is joining us to share with us the difference is between detox, cleansing and drainage and why is it so important for our body.…
View Calendar
Add